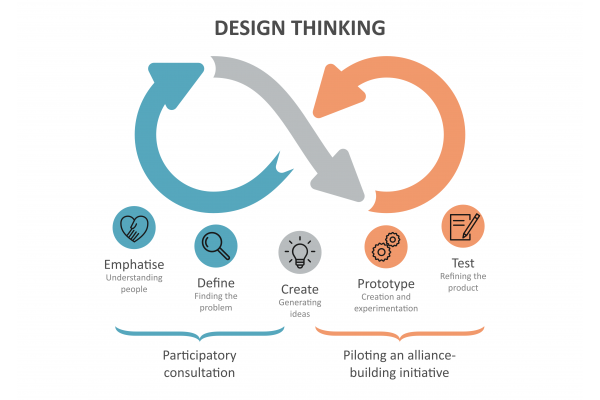 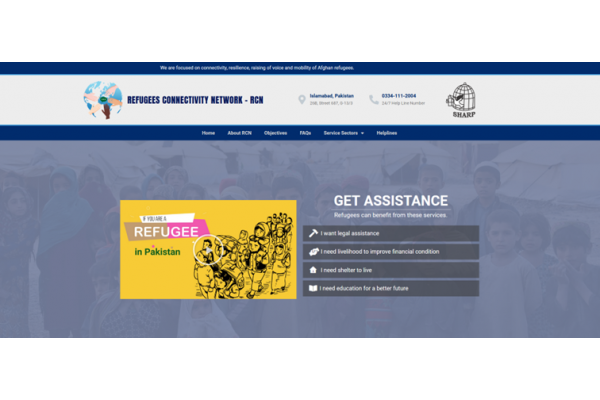 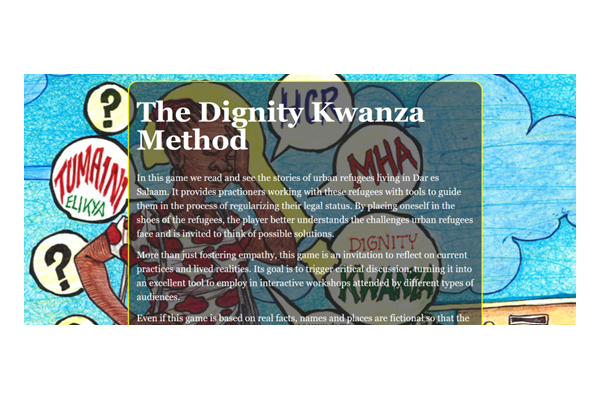 Tool #3: Advocating for Refugees - the Game 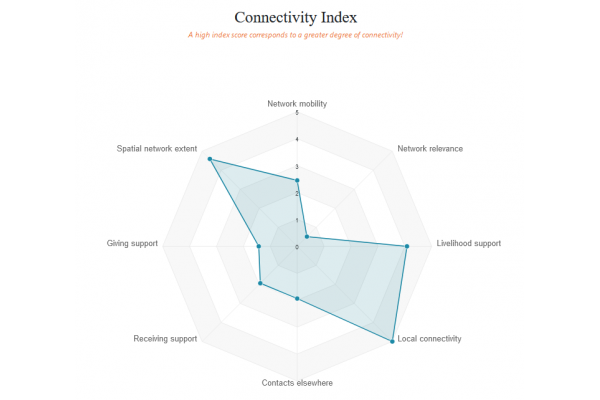 This toolkit brings together practical outputs of the TRAFIG project on solutions to protracted displacement.

Everything and everyone is connected. It is a fact of life. Forced displacement may disrupt these connections, but they do not disappear. They need to be repaired, maintained and built upon so that it is possible to begin anew in a different place or move between places and belong in both.
Displaced people are relying upon their connections within and across borders to build new lives. This is where the practitioner community can help.

Practitioners can promote or support connectivity of all kinds for displaced people, particularly those who are the most marginalised and isolated. Helping displaced people build a web of connections allows them to move around and try to belong in more than one place.

This toolkit offers ways to understand the challenges of living in displacement and ideas for how to strengthen connections in displacement so that no one is ‘stuck’ without options for a secure, stable life.

» Who should use this toolkit?

This toolkit is for practitioners who are involved in funding, designing and implementing programmes for displaced people.

Just like a spider’s web, displaced people need support in maintaining and building ties to people and places, so they can move around, belong and build a secure life. The purpose of this toolkit is to offer practical ideas to do so — ideas that have been tried and tested.

The ‘tools’ are descriptions of a practice or products developed by TRAFIG researchers.
They provide guidance and tips to get the outputs done. Each tool has links to the original practice or product that can be used or emulated.
Links to original TRAFIG publications are included throughout.

Everything and everyone is connected. It is a fact of life. Forced displacement may disrupt these connections, but they do not disappear. They need to be repaired, maintained and built upon so that it is possible to begin anew in a different place or move between places and belong in both. This is the purpose of this toolkit. It offers ways to understand the challenges of living in displacement and ideas for how to strengthen connections in displacement so that no one is ‘stuck’ without options for a secure, stable life.

For the more than 16 million refugees who live in protracted displacement—years and years without prospects of returning, moving elsewhere or integrating into local society—knowing how or where to start building new connections is a constant struggle. As we will see in this toolkit, the needs of displaced people—most notably their need to be heard and empowered—do not always match what the policy world provides.

» What is protracted displacement?

We normally think of displacement as something temporary. Displacement describes a situation where individuals or groups of people were forced to flee or removed from their ‘home’. The reasons for their displacement vary from persecution to natural or person-made catastrophes.

Displacement becomes protracted when years are spent without any prospects of returning home, integrating into local society or resettling elsewhere and starting over. Currently, about 16 million people—more than two-thirds of 20.4 million refugees worldwide—have been in exile for long periods of time. The number of people who are displaced within their own county—IDPs or internally displaced people—is unknown.
Not even one per cent of the 34 million refugees worldwide were able to return home, according to statistics for 2020. Statistics for local integration and resettlement were even lower for that year (see People First – New Solutions to the Challenge of Displacement), meaning that too many displaced people are still living in a kind of ‘limbo’.

TRAFIG considers protracted displacement as occurring when the capabilities of displaced people to rebuild their lives after displacement, and the opportunities available to do so, are severely limited for prolonged periods of time due to:

That said, many displaced people actively enlarge their spaces of action and thereby ‘move on‘ in their lives. Practitioners need to understand how they do this and help them break free from the ‘constraining forces’.

Background information: The term ‘protracted displacement’ was coined by UNHCR to denote situations “in which refugees find themselves in a long-lasting and intractable state of limbo”. It came to be used frequently from the late 1990s onwards (for more information on the term's history and the policy debates, click here).

In TRAFIG, we use the term solutions (to displacement) to refer to the capabilities of displaced people to rebuild their lives after displacement and the opportunities available for doing so.

We conducted research in 11 countries in Africa, Asia and Europe on people's experiences of protracted displacement and the factors that shape long-lasting conditions of economic precarity, social marginalisation and legal insecurity.

Transnational Figurations of Displacement is an EU-funded Horizon 2020 research and innovation project. It consists of more than 60 researchers and professionals from 12 partner organisations in Asia, Africa and Europe. From 2019 to 2022, the project investigated protracted displacement at multiple sites in Asia, Africa and Europe. The central findings of our studies over more than 3 years (2019-2022) are summarised in our Synthesis Report.

The TRAFIG team has developed four tools to foster connectivity and mobility as part of sustainable solutions to protracted displacement:

Tool No. 1: Building alliances—The Workshop
This tool is based on design thinking and can be used to co-create solutions between refugees and host communities who struggle to connect in everyday contexts.

Tool No. 2: Promoting connectivity—The Website
This tool is a pathfinder website for refugees and asylum seekers in Pakistan and an example of what practitioners can do to connect refugees with services that are available to them in their place of displacement.

Tool No. 3: Advocating for refugees—The Game.
The purpose of this tool is to sensitise practitioners to the personal, social and legal challenges that urban refugees in Dar es Salaam face daily—and how they can help via an online, interactive story-based simulation.

If you would like more information on any one of the tools and how they can be, or were used in TRAFIG, please contact us at contact@trafig.eu.